We’ve written about social media fails – remember Alton’s Comcast Disaster? The Barclays Kenya Twitter Fiasco? – but today, let’s talk about wins, and what you can learn from them.

Okay, but the title mentioned a supernatural television show?

Yes. Supernatural is a television show about two brothers (Jensen Ackles and Jared Padalecki) fighting monsters, but ask any fans about the show’s social media influence, and they’ll point you to one man: Misha Collins. 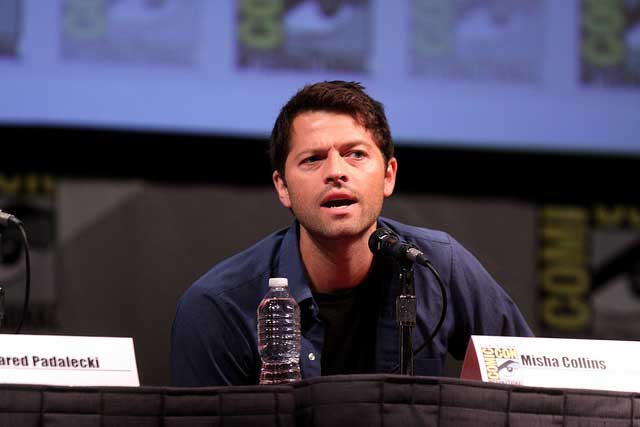 Misha has been a series regular for four out of the ten seasons. Regardless of his relatively short tenure in the fandom, he has gathered a massive following of “Minions,” online fans who are eager to bring Hope to Haiti, participate in the Greatest International Scavenger Hunt the World Has Ever Seen (GISHWHES), Endure4Kindness, and run AMOK—all for the Misha-created charity Random Acts.

The charity, much like Misha himself, has humble beginnings: Misha decided that with some support and interaction, his substantial amount of social media followers could harvest the energy inherent with fandom and social media to do some good in the world.

“Technology has changed the fan/actor interaction quite a bit. Now it's really easy to communicate with a large group of people in a really short time, and that... opens a lot of possibilities. You can do a lot of things with it that you couldn't do before. It's kind of fun to figure out how that can be employed.”

How can this possibly relate to customer experience?

If you’re looking to improve customer experience, maybe it’s best to think of customers you interact with online as fans. It’s not much of a stretch, really. Your customers care enough about you to talk to you (and talk to each other about you) on the massive forum that is the internet.

Misha’s legion of fans continually grows for three major reasons: he interacts with fans regularly; his posts are interesting and relevant; and he makes it a point to show his appreciation of fans.

Misha makes an effort to regularly interact with people beyond just promoting the show and his charity. Like Misha, you should take pride in your customers, care for them, and nourish conversations and interests the way you would with friends in real life. Your interaction will make customers feel appreciated, and they’ll be more inclined to participate in further conversations and spread the online love.

2.  Span interests and be interesting.

Customer retention and fan appreciation online is harder when they’re bored. Read a blog you liked? Share it. See a quote you think will interest your followers? Retweet it. Take an amazing photo of the blood moon? Upload it! When your page is only posting the occasional news item, coupon, or post that is relevant to the industry, it can come off as robotic. Why make it look like your posts are automated if you’re spending time and effort on them? There’s no harm in posting occasional current events or off-topic interests. It makes you human.

3.  Appreciate your fans. Without them, you can’t flourish.

And you guys are the best of the best. I don't deserve you, but I'm glad I have you. Thank u. http://t.co/enZNQOmxjE

When you're designing a social media strategy, think of your customers as fans. Your primary goal should be to take care of them and interact with them. Every time you address their concerns, you’ll prove your value and interest to them.

And remember: use your social media powers for good. All of the shares and retweets they provide (whether it’s an important and relevant blog post, or your entry recipe for a chili cook off) could lead you to your own group of minions‒or at the very least, help to nurture your customer relationships.

‹ Back to all blog posts

WATCH NOW: What Are the Best Voice of the Customer (VoC) Alerts? How Do You Use Them? | PeopleMetrics LIVE!

WATCH NOW: What Does It Really Mean To Be "Customer-Centric"? | PeopleMetrics LIVE!